BBC hears how Bluegrove technology will help feed the world

Oslo, 25 June 2020 – The unveiling of aquatech company Bluegrove and its global charity Bluegrove Foundation has been brought to a 319 million strong global radio audience by the BBC World Service. 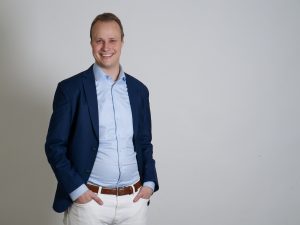 Bluegrove has been created to increase the number of meals produced by the aquaculture sector, while simultaneously protecting the environment and improving fish health and welfare, while the foundation will work with local communities to create healthy environments for food production by creating integrated systems of ecological and environmental design.

The reason is simple. Demand for food is set to soar, perhaps even double, as the global population grows to 10 billion people by 2050, so it is essential that we create robust systems that make sure we can feed the world.

“Covid-19 has caused more people to think about food security around the world,” the presenter of the BBC’s Newsday program pointed out; a reference to how national lockdowns have caused mass-unemployment and sudden poverty for millions of people.

In fact, The United Nations World Food Programme has warned that the number of people facing acute food shortages is set to almost double this year, from 135 million to 265 million people, and that it feared a hunger pandemic that could cause 300,000 deaths per day.

“How can more food be delivered more successfully against the difficulties that the world faces, for the same input?” the BBC presenter asked, as Bluegrove’s CEO Bendik S. Søvegjarto explained how technology can ensure our food system is resilient.

Bluegrove has developed Internet of Species technologies using hydroacoustic sensors, artificial intelligence and machine learning, which have the potential to spark a parallel ecological revolution in agriculture, aquaculture and forestry, where the needs of humans will merge with those of other species and nature more broadly.

“In aquaculture, salmon farmers use multiple acoustic sensors in the cage to measure the position of the whole school of fish”, Søvegjarto explained.

“So we send out sound waves from the bottom of the cage and the top of the cage and we see how that transmits throughout the cage. This gives us the position of the whole biomass and from that, we perform our analyses,” he told the BBC.

Analysis of the data helps salmon farmers understand the fish behavior, and they can then feed on demand whenever the fish are hungry, and generally improve their health and welfare.

“This started as a research tool in the early ‘90 and has been used… to research salmon behavior, so the core concept here is not new. What is new is the commercial development that we have been doing since 2010, where we are making this applicable for salmon farmers,” said Søvegjarto.

“Basically, we spent 30 years learning how to speak ‘Fish’, by understanding fish behavior. We use that insight to optimize production. [You can] increase the amount of feed that you can feed the fish, while using the same [fixed] resources, so we are actually increasing the number of meals produced.”

Bluegrove believes that in order to produce enough food in the future, we must learn to better understand and interpret the signals that animals and plants send us.

Bluegrove knows how to gather, analyze and respond to data in ways that help us understand fish and other maritime species, and it wants such skills and knowledge to spread beyond the aquaculture sector via Bluegrove Foundation.

“Understanding of the rhythm and cycles of nature will help optimize food production in a sustainable manner and for the long-term,” according to Søvegjarto.