It is not all about technology

From tech-driven to solution-driven

“The evolution of technology has brought significant improvements to the quality of life of our global population. Technology has enabled people to produce and achieve more by reducing the amount of human labor.” 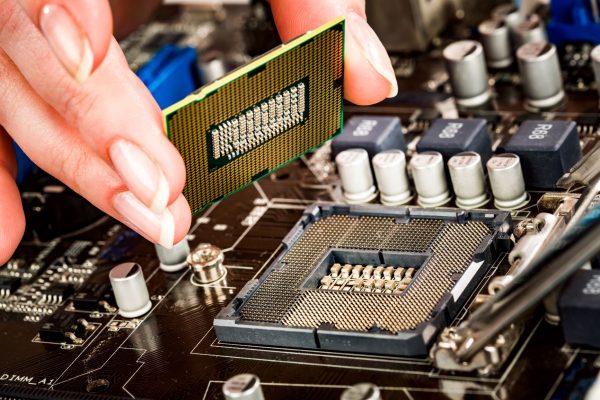 “During university I realized how little technology is used compared to what is possible. I started thinking about what people spent the most time on, and how technology could free up people’s time, so they can focus on the tasks and goals that motivate them instead. I wanted to start my own company and work on solving problems that would have the most impact.

At the same time, I was working on a project for the Institute of Marine Research (IMR) in Norway, where we were using hydroacoustic sensors to monitor fish behavior in salmon farms. What surprised me was that farmers were not using this technology during production, and didn’t gather data on fish behavior. There was also a huge amount of manual labor involved in tasks that were relatively easy to automate.

It seemed to me that there was massive potential for using hydroacoustic technology in commercial salmon farming.

With food production being one of the most important industries in the world, I thought this was a great fit with my business aspirations. So as soon as I finished my degree, I started this company.

While the sensor technology could not automate tasks alone, measuring the fish would be a fundamental requirement for anything involving fish in cages. The largest challenge being feeding the fish, but automation of feeding proved to be a bigger challenge than initially thought.

We encountered many problems. Market acceptance of this technology being one, and being allowed access to feeding systems another. We tried to develop tools based on the data, that would measure the feeding behavior, and provide feeding recommendations. This was rejected, as the operators could not understand what the recommendations were based upon. We then tried presenting the data directly in order to get acceptance for the technology. This helped, but to our surprise the operators were using the technology differently than we thought. Instead of determining when to stop feeding and prevent feed waste, they used our tool to actually increase feeding. Because now they understood when the appetite was high, and they could feed more.

During this process we realized how important it is to look at what customers need rather than only what technology can enable. Technology alone will not be adopted, unless its developed for the people that will be using the technology.

Our solution was even increasing the workload, rather than reducing it. We had to change our strategy, so we started including the customers in the development process directly. With the customers involved, it also made it easier to get access to the feeding systems, as they understood how it could help them. We quickly got an entirely new solution, which combined the experiences with recommendations, presenting only essential information and automating many manual tasks done with the feeding system. This transformed our solution from a useful tool, to a significant help.

Throughout the years, I worked on every part of the technology from sensors, analog and digital electronics, hardware certification and testing, embedded development, communication protocols, various software, UI/UX, algorithms and machine learning, cloud solutions, networking and so on.

Being so heavily involved in the tech, I realized more and more that the technology is not the main driver for the solution. The key is to address the problems and end-users directly, and then technology will follow. Instead of focusing on the huge advantages of hydroacoustics, and developing technology around it, you leverage it as a component in the solution, rather than thinking its the solution itself.

With this approach, we are now enabling things that used to be extremely challenging. Our solutions are already enabling extra and sustainable production – meaning more meals. Using our experiences from salmon farming, we are now targeting other species, and broadening the scope of our solutions. Sustainable food production, that allows to maintain the food production supply indefinitely is a key goal. The solution needs to transfer knowledge and best practices to people. We are far from achieving our goal, and are currently targeting 8 billion meals by 2025. That is however only the beginning, and we need to increase our pace to keep up with the growing population.”